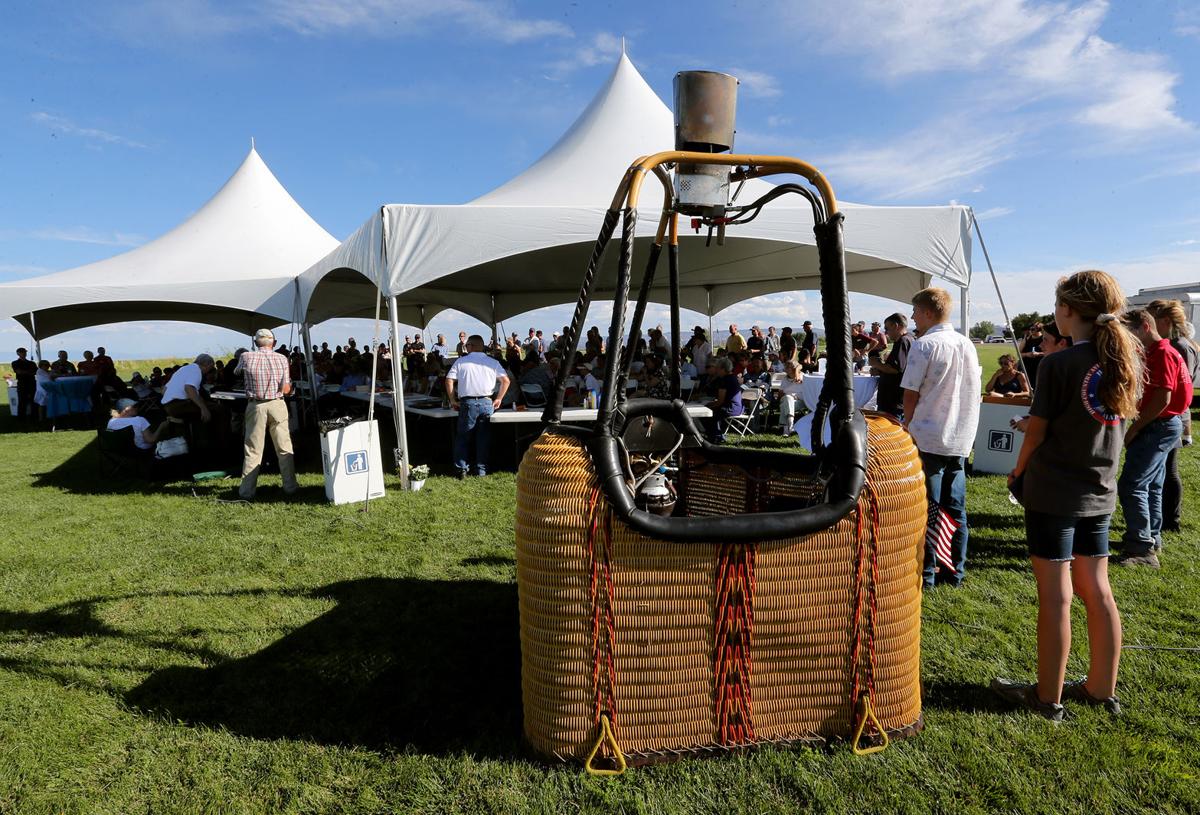 Eddie Clements, EAA 841022, a founder and general manager of the High Country Aviation Workshop for Kids (HAWK) at Mack Mesa Airport in Colorado, died unexpectedly on July 21 shortly after arriving at EAA AirVenture Oshkosh 2018 with the HAWK students and mentors. He was doing what he loved until the end: flying airplanes and passing along his passion for aviation to the next generation.

HAWK Aviators (whose story was featured in the April 2018 issue of EAA Sport Aviation, “Spreading Their Wings”) is a nonprofit organization that is the brainchild and extension of EAA Chapter 800. HAWK mentors expose youths to multiple facets of aviation: building, repairing, designing, and flying airplanes and balloons. Participants earn flight time in exchange for assisting aircraft maintenance or building. “The reason why we are where we are today is because we had Eddie who put in so much time and effort,” volunteer John Caldwell said.

Eddie’s aviation career spanned decades and a variety of capacities, creating a vast network of contacts he was able to draw upon for resources to help support the HAWK program. His enthusiasm for hot air balloons was all consuming, and he competed and instructed in them for more than 30 years. Eddie recited the Balloonist’s Prayer to his passengers countless times over the years. Now those whose lives he touched say it for him:

The winds have welcomed you with softness.
The sun has blessed you with its warm hands.
You have flown so high and so well
that God has joined you in your laughter
and set you gently back again
into the loving arms of Mother Earth.

Eddie’s son, Tres, was one of the reasons for the founding of HAWK. Tres, a former Scaled Composites employee, owns an aircraft engineering firm in San Luis Obispo, California, and is the pilot and caretaker of Burt Rutan’s Boomerang. In an interview, Eddie said, “I started HAWK because I watched Tres grow up around aviation and watched the effect it had on him. If I can pass the good aviation does to other kids, then HAWK is a success. I have had a front row seat as to how aviation improves kids’ lives.”

It is my sad duty to report that Eddie Clements has passed away while at AirVenture in Oshkosh, WI. As Eddie was our founder and the visionary leader behind HAWK, we are all feeling his devastating loss. It will take some time to determine how to best carry Eddie’s vision for HAWK into the future. We will provide updates as they become available. As the HAWK board, we ask you to give his family the space they need to be together and grieve.

[Eddie:] Here is the report of my part of the weekend.

I had Hector Brown pick up cards for me in the poker run (The Mooney would not have been good on back country strips) – the long and short of it is I ended up with 2 kings, two 10’s and 2 2’s. Not a good enough hand to place first against a full house. Greg Lucas – Hectors Co-pilot held up 3 car envelopes – Hectors, His and Mine and I picked one envelope out of the 7 3 envelope stacks. The fun part was I left the winning hand on the table. Greg Hector’s co-pilot won. Greg was so impressed with the HAWK kids and the program he donated the winnings to HAWK. HAWK is now $340 richer. In short HAWK ended up winning the Poker run! All the HAWK kids need to definitely tell Greg thanks. (Greg wants to come down occasionally and mentor HAWK kids-Great guy. Tell him thanks. (Ask me for his number.))

The 2nd thing – Larry Martin was taxi-ing his Cessna 180 N67WW and ran into the famous airplane eating hole- Troy Ball found it last year. (Ladd had just removed the cones and was taking Beth to the airport). OOP’s. Anyway, The HAWK kids got the HAWK balloon tether ropes and with Bobby Boes and spectators help get his airplane out of the hole in one piece. The wing tip was a little customized by crunch but otherwise the airplane was OK considering. Hector Larry’s Mechanic had returned home to Glenwood springs and did not have time to look at the damage. I being the nice guy I am plus Braden (Nice guy he is) Larry, Jake (Another nice kid), Michelle (the nice fiberglass go getter girl ) and Brian (Questionable 🙂 took the project on and straightened the bent parts. The wing looked as good as new when we were done. Larry was so happy he tried to pay me but I told him to give HAWK the money. At Hectors shop rate it came out to about $600.00. Brian, HAWK’s president was more than happy to take the check. Heck I did not even get to see it. So final total with the gambling money was $950.00 to HAWK. not bad for a week ends work. Larry continued his fishing trip.

On an important HAWK thing- Steve Brown and Lexi are so impressed with HAWK they want us to take over the Hay hanger to expand. They will insulate it and heat it. Ladd said the rate would be $2000,00 a month. The good part is we would have everything in one place. (Give me more room to pile free stuff). The cost scares me- I told Steve it is up to the HAWK VIP’s (Board) not my decision. HAWK needs a board meeting sometime in the future.

I talked to Hal Stockman about the 701. He said the same thing Darrel at WARP Drive said on the prop we have. It is too Long for our engine. Hal has a Luga Prop that is the correct one made in the Ukraine. (He runs them on his airplane) They are the same price, about $690.00, for a complete ground adjustable prop as Warp Drive charges that just for the 3 blades. Hal said he has one in stock. He offered to pay the freight. Hal said we should be able to get at least $200.00 for HAWK’s warp drive Rotex hub on BarnStormers. That would make the 701 prop very inexpensive. Hal was a wealth of knowledge. Another great guy.

Steve Wood looked at the new Luscomb 8 HAWK now has. The data plate shows it as an 8A. The airworthiness paperwork, with the same serial number, says it is an 8E One log calls it an 8A special and the other one says 8E.
Steve says it is an 8E, as it has two wing tanks and rear windows plus all the E upgrades. In the paperwork it is called out as an 8A special. He has never heard of a special. He is interested enough, he is checking it out. He has agreed to help us with whatever we need for it. He is excited about it. Says it will be a nice airplane for the kids. He was upset the N number is gone -Russell let the registration expire and the number is now on a Cessna 205.

Beth had an awesome time- She is taking what she experienced to her editor – He makes the decisions about what goes in Sport Aviation – We shall see- Maybe MACK and HAWK can take over Sport Aviation (HA HA). I can tell you she was impressed. She said her HAWK article was accurate but there is more going on than she even dreamed. Everyone made a good impression on her. THANKS everyone- good show. AND THANKS BETH FOR ALL YOU HAVE DONE FOR HAWK!

Thanks to the kitchen crew both EAA and HAWK- well done!

Click on the image below to view the article provided by Beth Stanton for use on our website (no membership required):
Spreading Their Wings, The HAWK Fledglings Take Flight 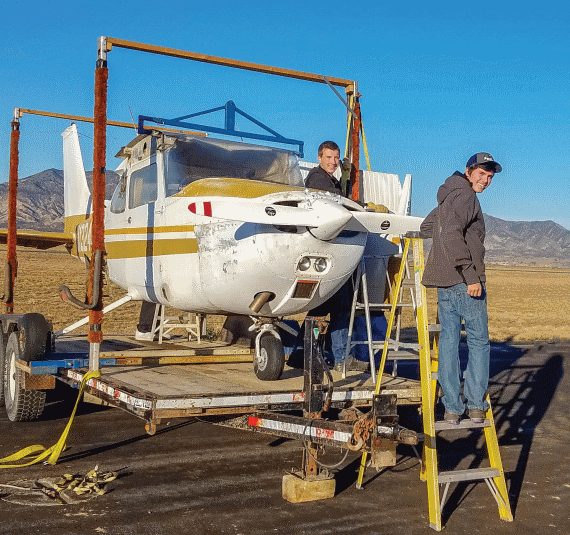