HAWK Update for February and March:

HAWK continues to grow. And there is lots going on! Three new kids, Delaney, William, and Julian, have visited recently and are considering joining HAWK.  All in the 13-15 year old range.

HAWK’s website is now set up to receive donations through Pay Pal. Just go to the “Donate” tab, and then on that page scroll down to the “Donate” button.  With all the things HAWK has happening and 3 hangers to pay for any donation is appreciated. REMEMBER THE KIDS! Without outside financial help the programs could not exist. Any donations are good for a tax write off as HAWK is a 501C3 educational non profit.

Michelle Hobbs  passed her 1st FAA teaching test ( with a really good score) on the way to obtaining her Certified Ground Instructor certificate. She plans to get her Lighter than air With airborne heater balloon rating and eventually wants to be HAWK’s balloon instructor.

N9606W  Michelle’s son Braden has been busy with Dave B , Jay Sheveel and several of HAWK’s youth getting the Cherokee N9606W ready for paint. The cracked wing skin is changed, the fiberglass parts repaired (The kids are tired of sanding) and the new bottom cowl is about finished and waiting for the PowerFlow exhaust. (For every exhaust sold and installed at the MACK airport  Powerflow has agreed to donate $100.00 to HAWK- 3 so far). The new exhaust ($2,900.00 donation from Dr. Don Coleman) is on the way. Once HAWK receives it the bottom cowl can be modified and installed and then the airplane moved to WESTSTAR for the strip and paint.  Jay has been really good working with the kids on the fiberglass parts. HAWK really appreciates Jay taking time away from his Quickie Q2  build ( its close to finished)  to work with the kids.  Annie Brogan with Micro AeroDynamics Donated a full set of Micro VG’s to the Cherokee project. Once the airplane is primed they will be installed. The Cherokee restore is not happening fast enough for Braden- he wants to start building time toward his Private.  N9606W is going to be one nice Cherokee!

N173BG is HAWK’s newest addition. It is a Velocity 173FG donated by Stephen Stypinski and his wife Jamie. Stephen is a flight instructor in Yucca Valley, CA. and had an unfortunate off field landing in the Velocity when he lost oil pressure and the engine froze. Stephen does not have the time to repair the airplane so he donated it to HAWK. He kept the remains of the engine, cooling system and engine mount because someday he wants to rebuild the engine and get another Velocity. Thanks Stephen! The airplane has 413 hrs on it. The damage is limited to the belly and main landing gear mounts. Greg Lilly Made the trip to California to retrieve it and is working on the funds to buy it from HAWK and put it back together again. (using HAWK youth) Greg is moving to Trinidad Colorado but likes working with the kids so well he cannot stay away from HAWK. He regularly drives back and forth- now that’s dedication. He was the main reason the wing skin replacement on N9606W got finished quickly. I still cannot believe he could reach the back corner of the skin to buck the rivets. THANKS GREG!

N90555 HAWK’s hot air balloon project  just got a major boost! Keith at FIREFLY BALLOONS donated a really nice  4.0 basket and the envelope recoat coating to the project. This was a major donation to the project. The basket has all the updates including Quick refuel attachments and hose, Updated fuel hose’s, tether Harness, burner bag. Envelope Temperature gauge, Drop line, and a glove box. The balloon will be teaching kids to fly this summer! HAWK still needs to find fuel tanks and flight instruments. A full set of tether ropes would be nice to teach the kids to fly it on tether. Everything will come in time! Michelle and her young daughter (Braden’s sister) are going to take on the recoating project. Michelle and her daughter are really excited about the possibility of a balloon rating. Kids can solo it at 14.

N838CP HAWK’s  Zenith 701. The new extended Flaperons are almost finished. Thanks Pat, William, Roweena, Logan and the rest of the kids who helped build the new Flaperons. Pega Daedalus wings are slightly longer than stock 701 wings so the original factory Flaperons do not fit. Also Pega Daedalus designed a 2 inch wider inboard Flaperon. This has been a project because Pega is no longer in business and all the HAWK kids and mentors have to go on to build the new Flaperons are the Pega instructions. Pat W made a jig for the new Flaperons  and is overseeing the kids work. They are very nice. Randy Owen has the Rotax 912 inspected for sudden stoppage and it is OK! Now all we need is an engine mount and it can be installed on N838CP.  The airplane is coming together. Again Thanks Kurt for donating it to the kids.

N13245 HAWK’s  172 project  is currently parked, once the Cherokee is back flying the 172 firewall replacement will again commence. The engine is almost off. Thanks Russell Frank for the donation of the airplane, engine and prop.

HAWK’s Zenith 601 project. Once the 701 is finished the work will start on the 601. The Continental engine currently installed on the 701 will be moved to the 601. This project is a long way from being finished.

N280DH HAWK’s Dakota Hawk. Flies with HAWK kids and EAA chapter 800 young eagles regularly weather permitting. The airplane has worked hard (it is really building hours)  Pat W has had to re-arch the tailwheel springs to keep the tail wheel from Shimmying.  Sterling is getting checked out in it and will be able fly and instruct kids in it. Unfortunately kids cannot solo it due to insurance requirements. Insurance requires 240 tail wheel hrs to fly it solo. The original intent when the airplane was rebuilt was to use it to train tail wheel pilots. The airplane has dual brakes and dual controls but unfortunately cannot secure Dual insurance. Lonnie Prince with PAC sent the donated repaired and re- pitched prop back (it looks new again). It has really improved the performance of N280DH over its loaner prop. Thanks Lonnie!

HAWK and EAA Chapter 800 are working together to get the kids to Oshkosh 2017 it’s exciting to see kids at the EAA 800 meetings, HAWK excitement has had a major impact on EAA chapter 800. The HAWK excitement is really helping EAA chapter membership. On the 3rd Saturday of each month HAWK shuts down for the morning and its members attend the EAA chapter 800 meeting. I know it is interest on the kids part  and not the good free lunch( provided by Ken Hurt and his wife) as HAWK provides lunch every Saturday for the kids anyway.

One thing HAWK has accomplished is getting EAA membership involved in flying, even rusty members are again flying. (Me included). Since HAWK has pilots and flying airplanes it is now not a problem to fly EAA 800’s young eagles.

Blu Grey (Yep That’s his name) has been bringing his Carbon Cub to Mack on Saturdays, and regularly flies HAWK kids and Mentors. Blu is taking over Ladds Spot at Oshkosh for the Valdez Demo’s so he has been practicing at Mack. Sterling and Shay both got a demo by Blu on how to water ski an airplane onto a gravel bar. Sterling has been around airplanes a long time and is one of  HAWK’s CFII’s. Both Shay and Sterling were blown away with how Blu handles his cub. He wears it.  Watch for him at Oshkosh 2017.

Every weekend at Mack (10CO0 is busy. This is just a brief look (brief?) at what transpires every Saturday in the HAWK hanger.

Greg and the velocity- Greg did an awesome job packing it. 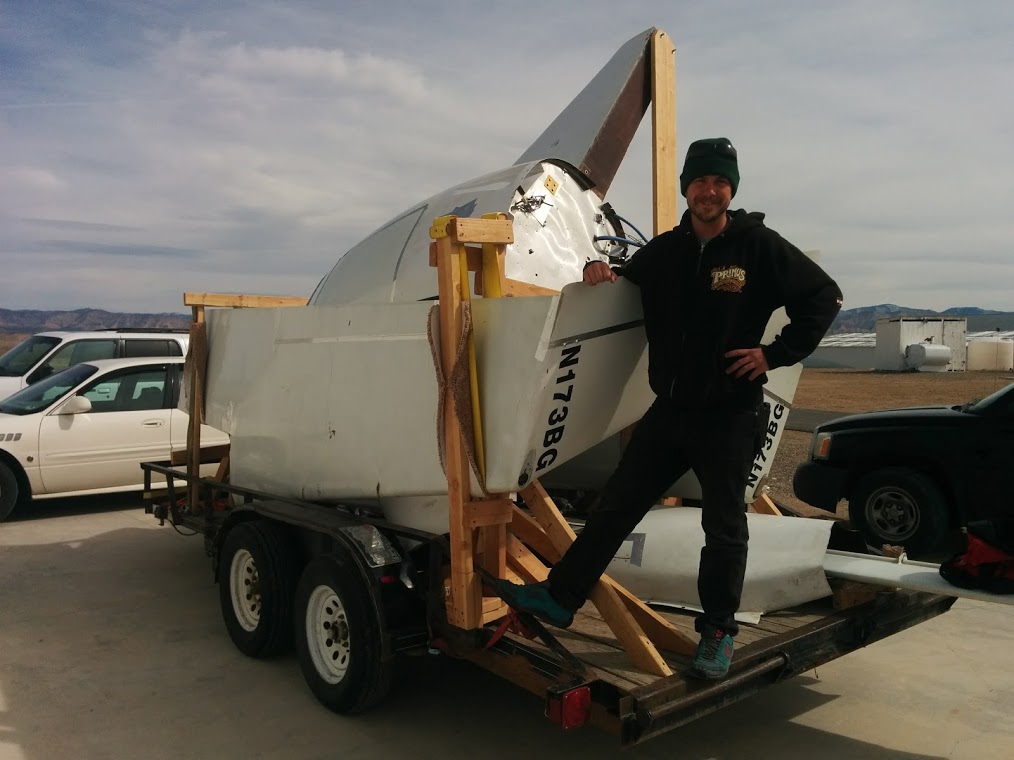 Damage to the belly. not to bad considering! 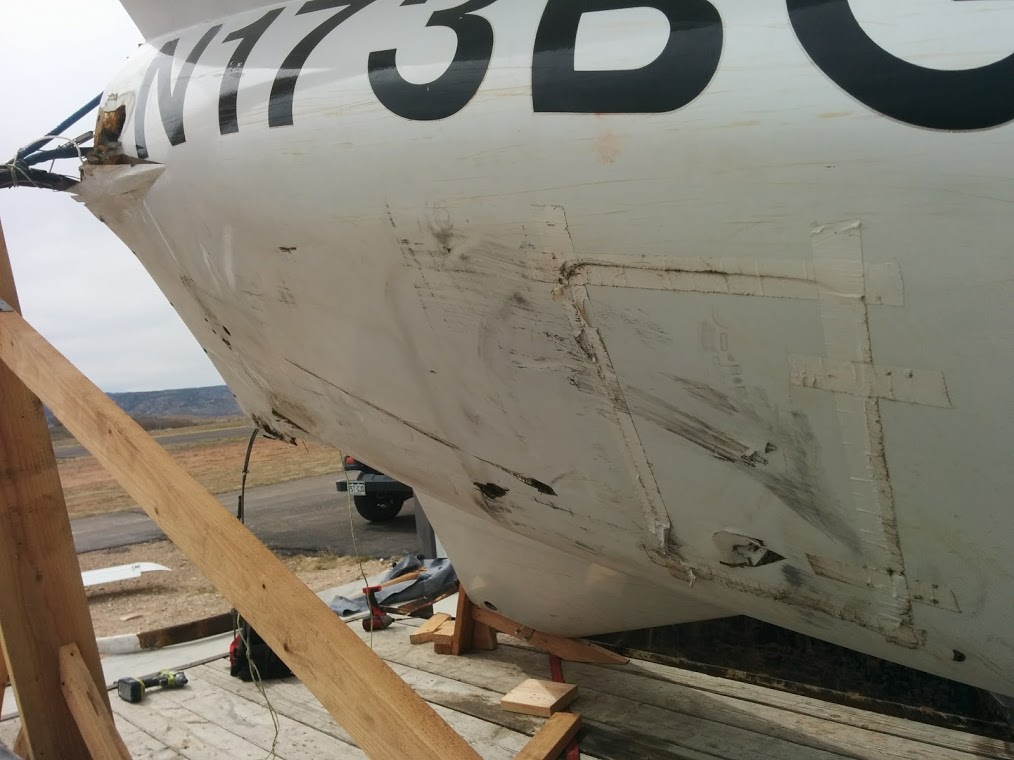 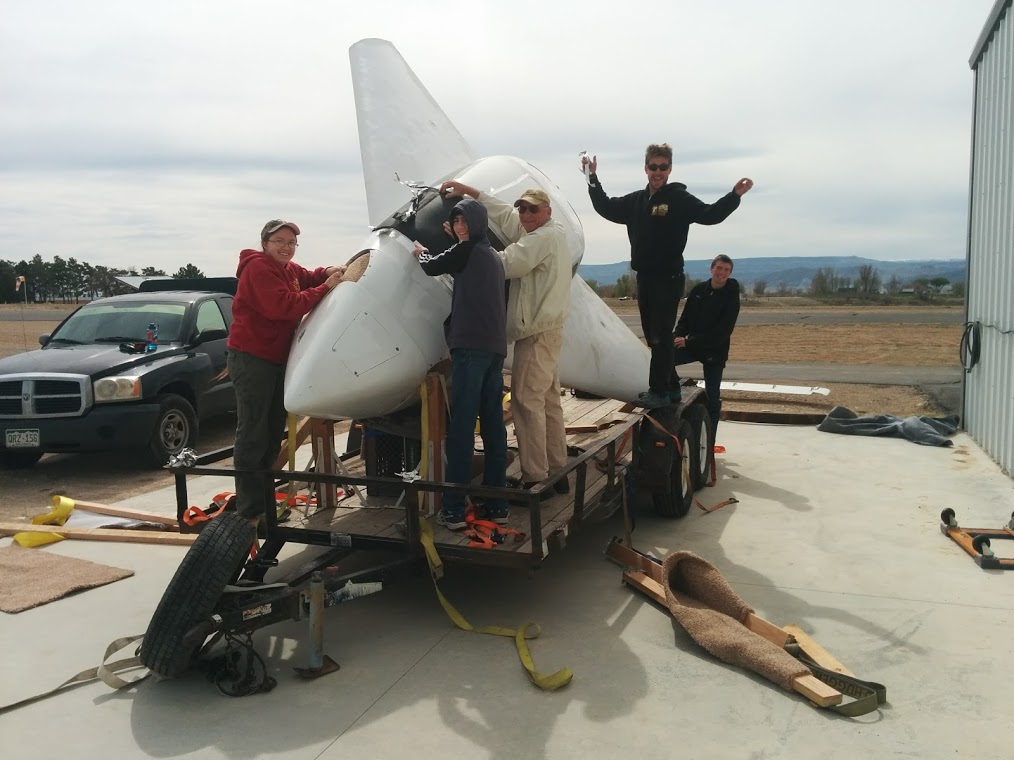 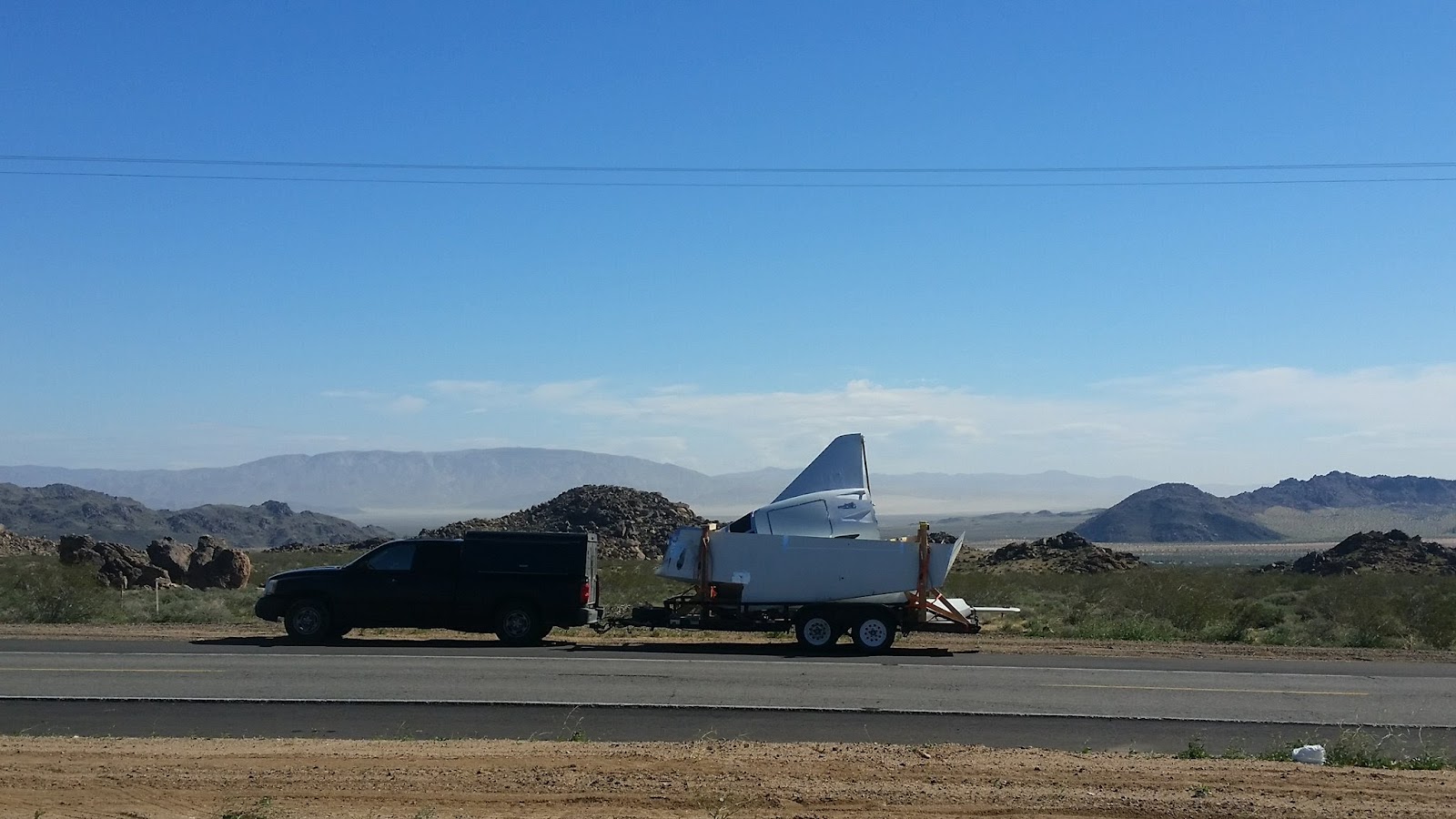 HAWK’s new Balloon Basket Donated by the Firefly Factory! (firefly Balloons is one of the oldest balloon manufacturers started in the 1960’s). The basket will be used for School demonstrations and other events as it is easy to move and represents aviation not to mention it is beautiful.

On the floor by the basket is a stack of old growth spruce and plywood Donated to HAWK by Sam Vasicko. There is a lot of future airplane parts stacked on the floor. Thanks  SAM! 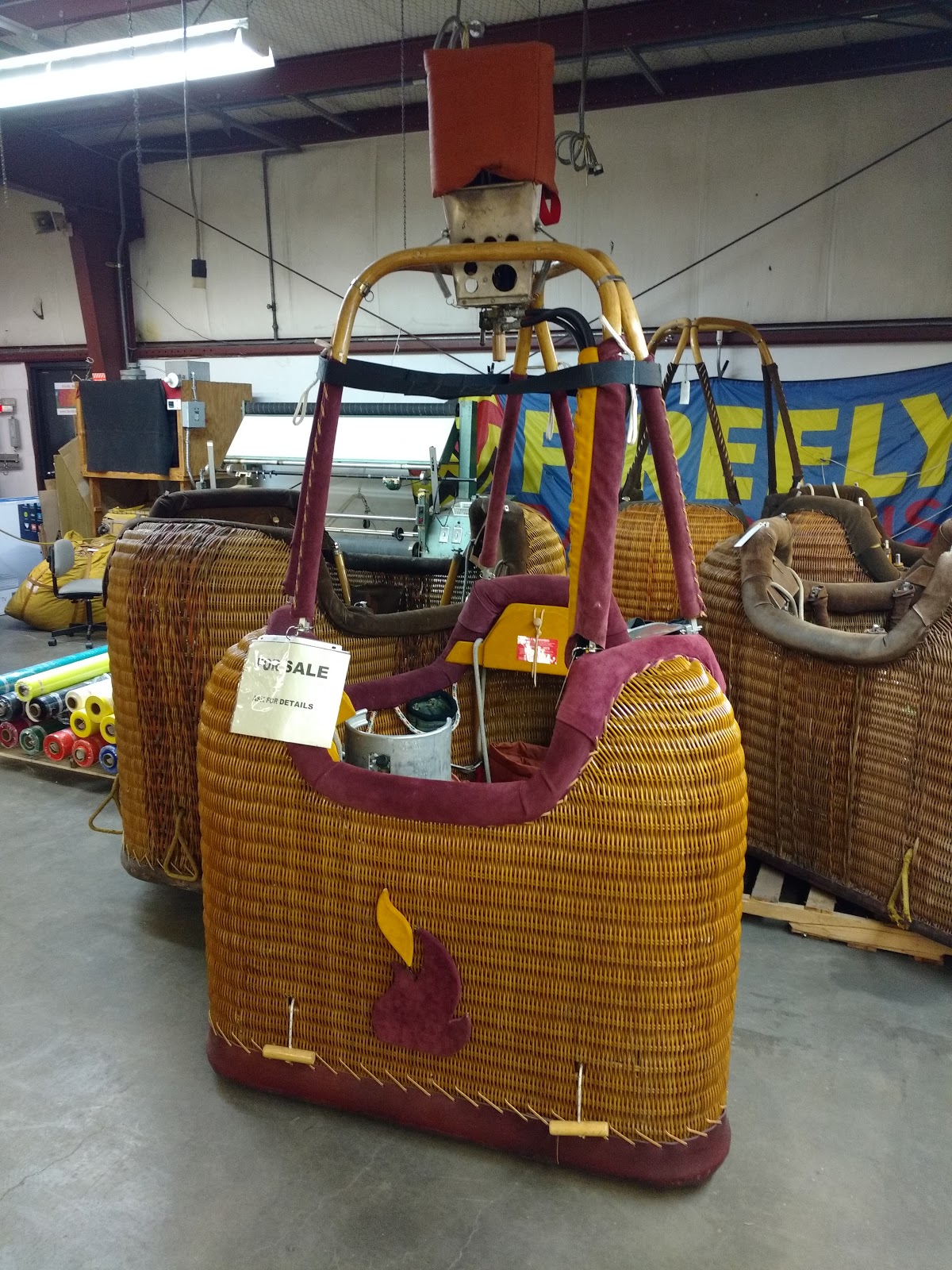 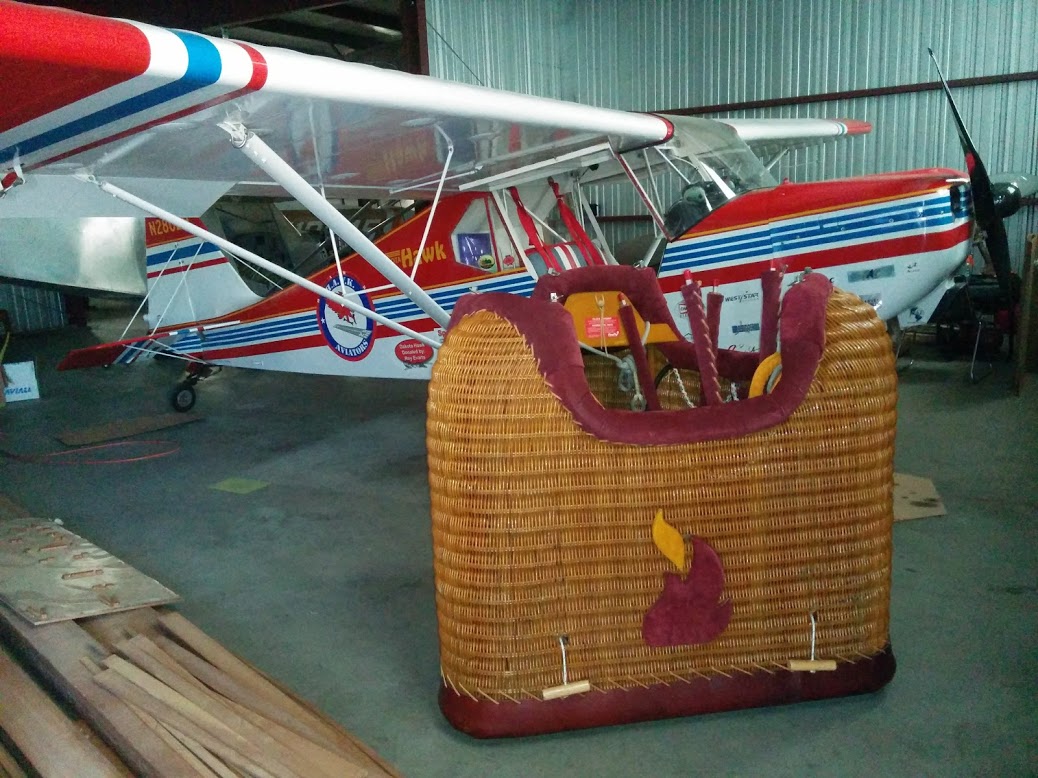 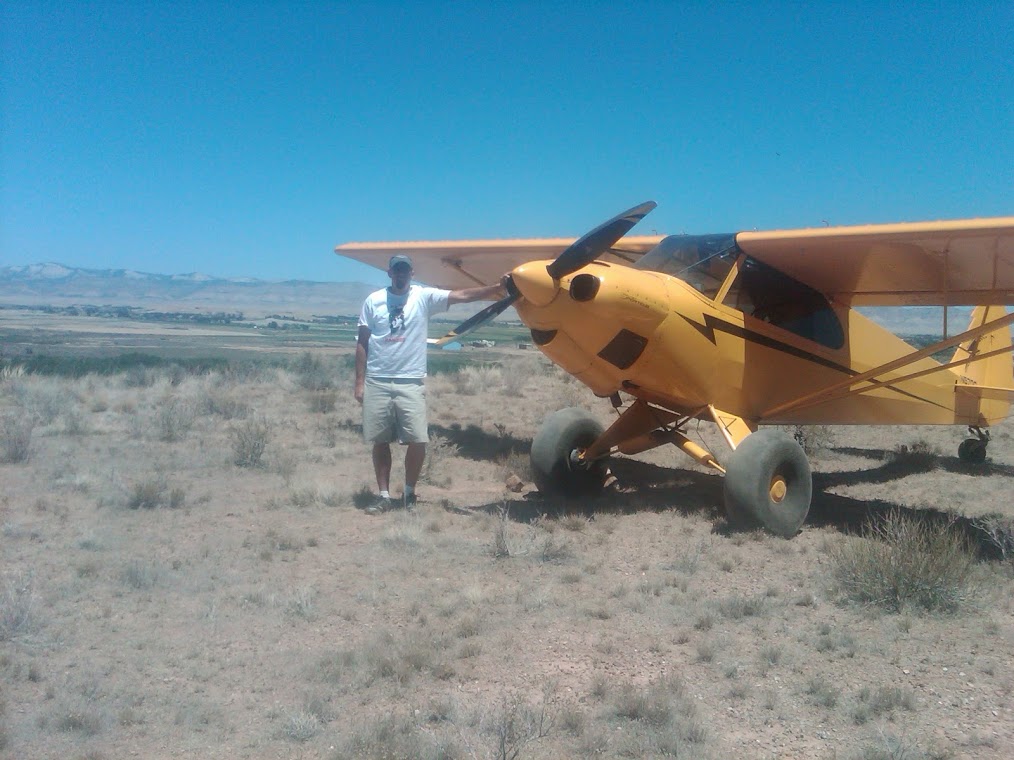 Blu and his Carbon Cub doing his typical off airport Landing – watch for him at Oshkosh!

Braden Finishing the Wing Skin replacement with Dave B watching in the background! 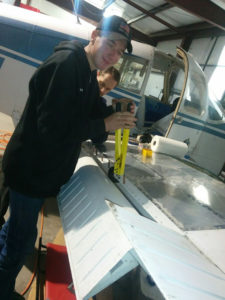 Braden, Julian, and Ryan jacking the airplane to start the repairs under Michelle’s supervision. 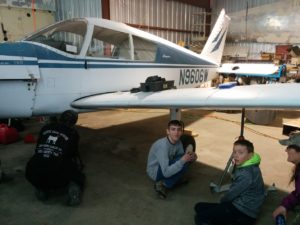 I tried to be brief but there is so much going on at HAWK it is hard to condense it!